I’m continuing to work on some potential chorus costumes for an upcoming production of “Fiddler on the Roof”.  This project did not end up being one of my favorites, but the components have potential, even if the end outfit is lacking.

I began with four pieces:  a black/white stripe blouse, a cream knit peplum top, a floral skirt and a black skirt. 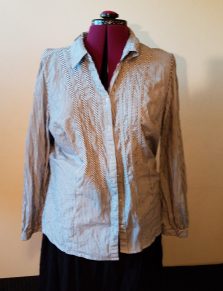 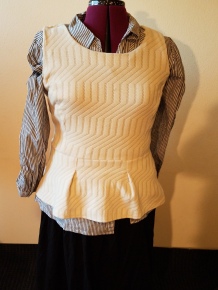 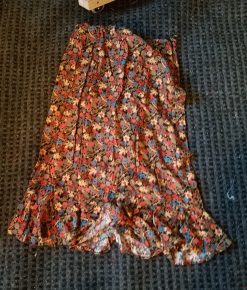 I trimmed the collar off the band leaving a seam allowance, which I turned to the inside and stitched down. 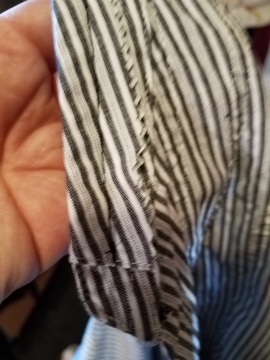 The peplum was folded in half lengthwise, and the center marked.  I appliqued some ribbon down the front.  Then I cut the ribbon in half lengthwise and zig-zagged it around the neck, making little tucks as needed to help it go around the curves.  My thought was that this would make it look like a corset top.  Maybe? 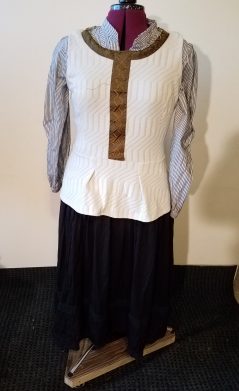 The black skirt had a narrow waistband and a zipper/hook opening. 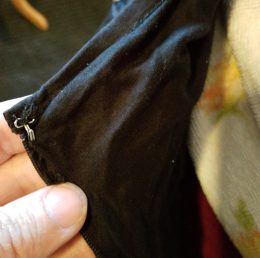 I used some bias tape to make a casing and threaded elastic through.  I left it open just a bit so I can access the elastic and pull & pin it to size.  To help support the now-stretchy-with-tension waistband, I added a piece of hook & loop tape at the top, which makes zipping it much easier. 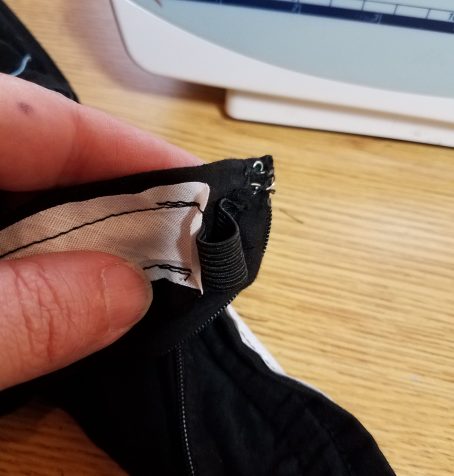 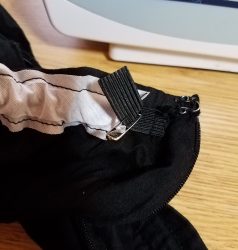 The last thing was to open the floral skirt up along the seam that had the zipper.  I hemmed the sides (the open seam) and then pleated the skirt to a piece of twill tape, cut long enough to be the apron ties as well. 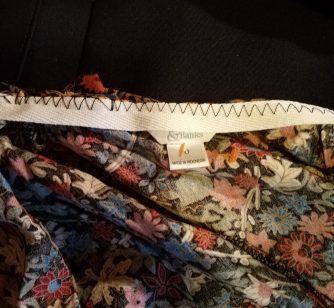 And the outfit was done: 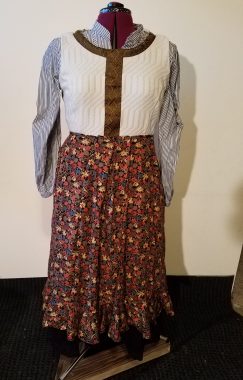 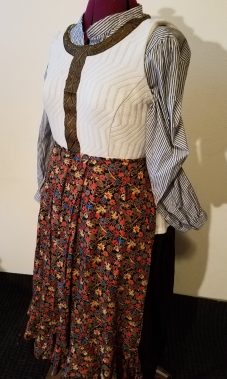 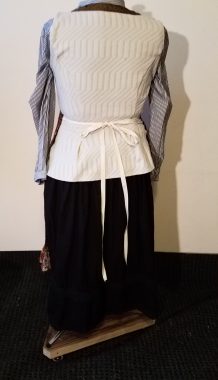 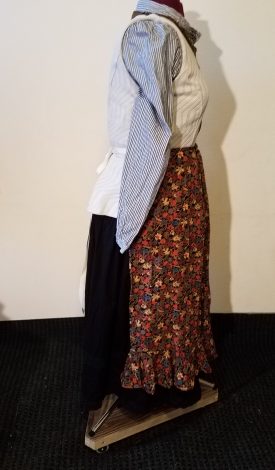 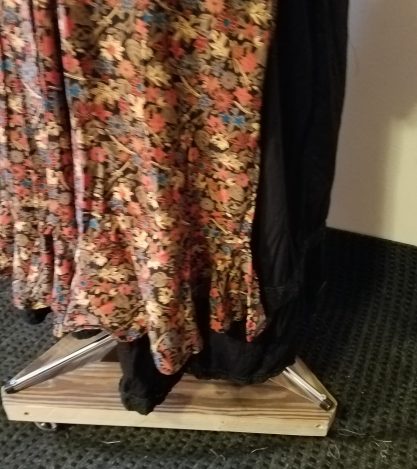 I think this outfit is “OK”, but it isn’t my favorite  I think the peplum is too long.  Since it is knit, I’m just leaving it for now, as it can easily be cut off shorter later if it looks bad on stage.  I think it also is too light a color, but the idea isn’t bad.

Last week I had the opportunity to see one of the touring productions of “Hamilton”.  One of the things that struck me was the ease at which actors changed their roles in the show.  Slap a different costume on them . . . and introduce them as a different character . . and presto-chango, no problem.  My experience with large cast productions has really been more of a “one cast member/one role” model, and at times we struggled wondering if we could move a dancer out of his/her named character to help lead the ensemble numbers . . and I think the answer is . . . sure.

4 thoughts on “Fiddler on the Roof: Peasant costume #4”