The fourth Bombie Samba chorus dress was embellished using organza table runners from Tableclothfactory.com.  The table runners are 14″ wide and 108″ long, which makes them a great size for creating ruffles.  The really nice thing about them is that all the edges come pre-finished, which makes the project really zip along.

I began with a black shift dress with narrow straps. 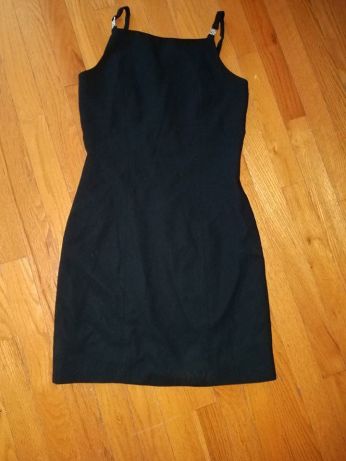 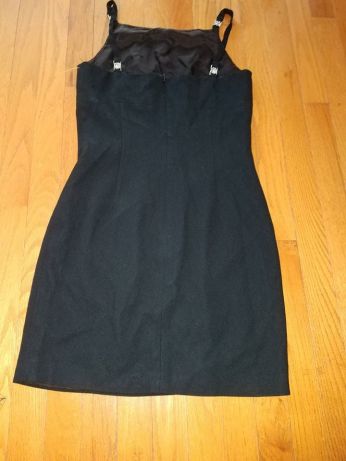 I decided to make a side-to-side angled skirt just to mix things up a little bit.  I marked the stitching line with chalk, and then checked the placement on the dress form (the line is faint in the picture, but it is there). 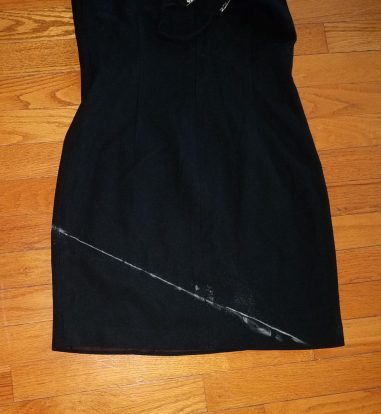 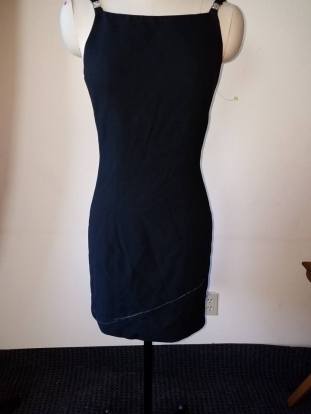 Next I took two of the red table runners and stitched them into a circle.  I ran a row of gathering thread along the top of one edge and fit the table runner to the skirt.  I added a similar row of black under the red. 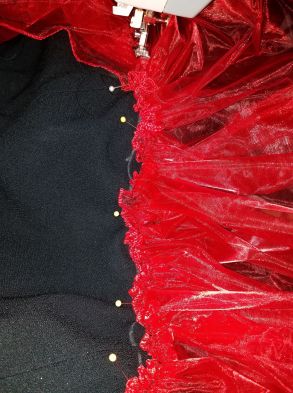 I pinned some black sequin embroidered appliques along the ruffle line and stitched them in place. 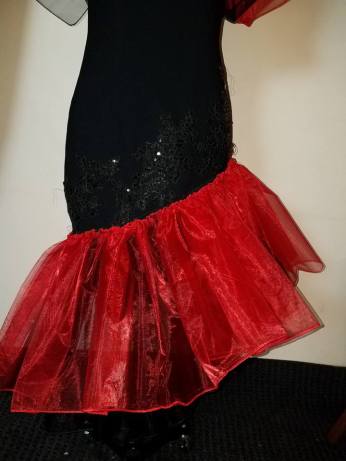 I made an “bolero” of sorts out of two more table runners.  A fellow costumer had posted a costume using this technique,  and I thought it would work really well here.  I took two of the table runners and folded them together lengthwise.  A row of stitching created a casing along the long edge.  The organza was stiff enough I did not add fishing line to the edges. 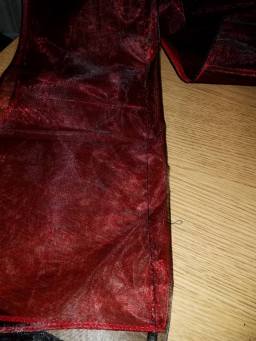 I measured behind the neck, around both shoulders, and then around the back, and cut a corresponding piece of elastic, which was threaded through the casing.  The ends of the elastic were stitched together to make a circle . . . and the costume was done. 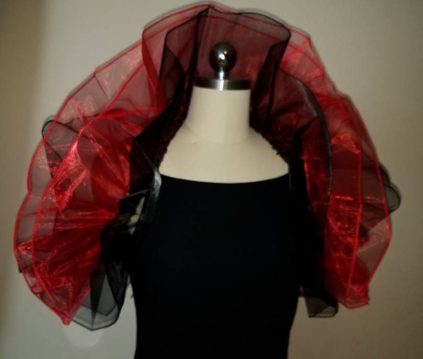 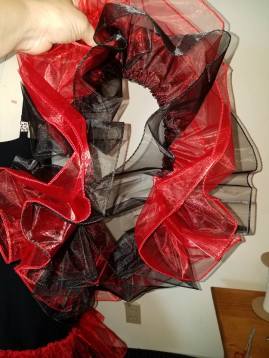 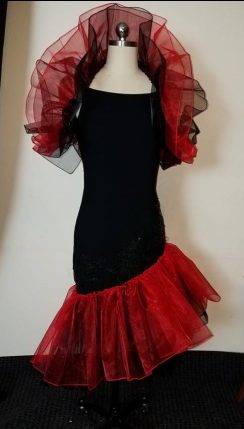 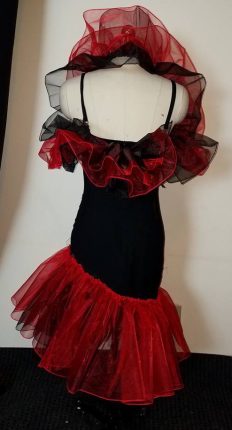 I didn’t choose to add any more bling, but you certainly could, especially if this was a stand-along costume.

Cost:  Dress (either $3 or $6, I can’t remember).  Table runners were $1 each, so the cost of those was $6, plus elastic and the sequined embroidered appliques.

You could do something similar to this to make a mermaid costume.